In this article we will consider positions where the only pawn (the weakest piece) is able to win against 4 pieces of the opponent. Most of these positions have the same scheme to win the game: first a pawn takes one of the pieces and then (or after some moves) promotes to a queen.

We will begin with a position where a pawn is on the 2nd (or 3rd) rank and it wins.

If the pawn is on the 2nd or 3rd rank, there are no other ways to win except mate in one move. This simple position doesn't need additional comments. But pay attention that there are only a few similar mates. 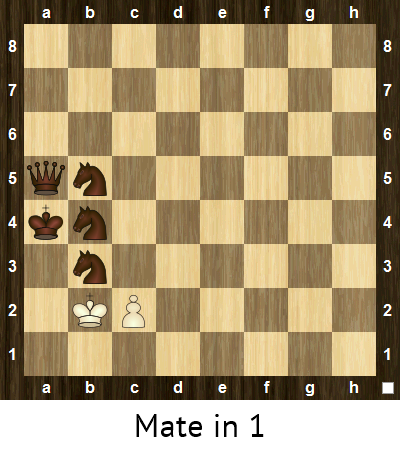 In another positions of the pawn on the rank 2 or 3 White can achieve only a draw as the best case. For example a draw can be achieved by a stalemate or by trading 2 pieces for a pawn and transfroming to KNN-K ending. The funny thing is that although two knights can't mate a single king, they can mate a king with a pawn. This is not an easy mate. More than 100 moves may be essential.

Position 2. The pawn on the 4th rank

The pawn takes the bishop (on the bishop's place can be any other piece) and then it moves to the 8th rank without any difficulties. After that the queen beats 3 knights. 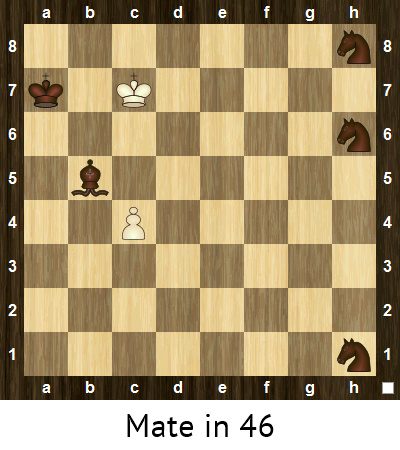 It looks easy. But it is surprising that there are no a big number of wins with this material. The win is possible only in one of the billion positions. It is not easy to place 3 knights in such way that they can't catch the pawn on 4th rank.

By the way, a pawn can't win in case of Black side to move except a case of checkmate position.

Position 3. The pawn on the 5th rank

If the pawn is on the 5th rank, the quantity of advantageous positions increases a hundred times in comparison with the 4th rank. There are the quite long mating combinations when it's not necessary to take an opponent's piece immediately.

Here is the longest checkmate with a pawn on the 5th rank: poor position of black king allows White to pass 3 squares easily, then the pawn turns into a queen and takes all black pieces. 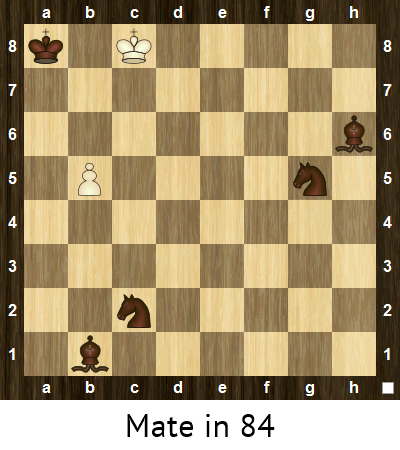 First capture of a black piece has place only on 5th move!

Position 4. The pawn on the 6th rank

Here is the longest checkmate with a pawn on the 6th rank: the position of all black pieces looks quite ok, but the pawn on 6th rank is very strong, it promotes to a queen in 2 moves and takes all pieces mating in 113 moves. 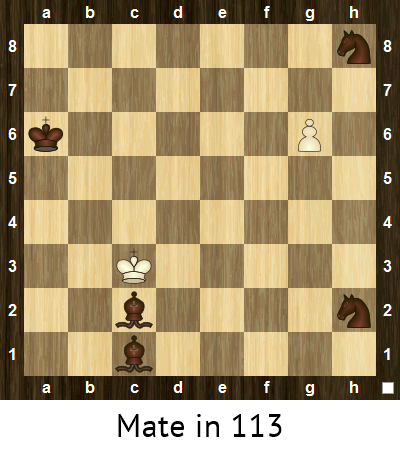 Position 5. The pawn on the 6th rank against 4 queens

A pawn on the 6th rank is so strong that it's able to win Black even if they have 4 strongest pieces - the queens! 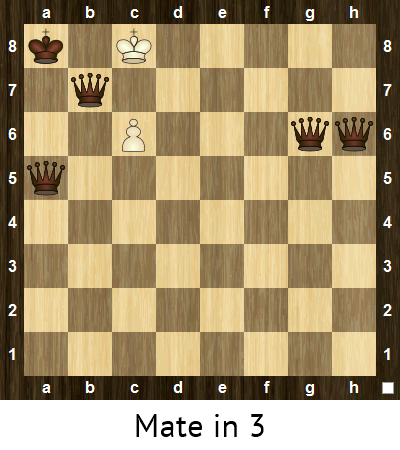 This position doesn't need additional comments: capture with a check, promote to a queen and mate. An easy puzzle - place the full set of 9 black queens on the board that doesn't change the solution above.

Now place the full set of 16 black pieces on the board still having the save mate in 3. 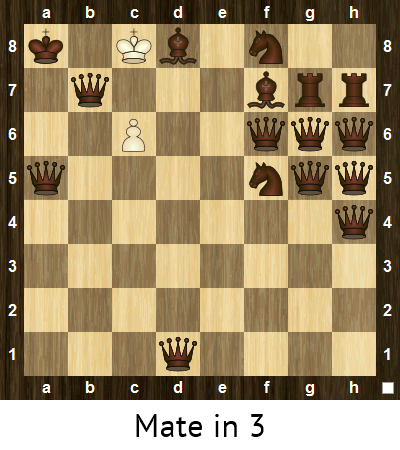 As you see the pawn is still stronger.

Position 6. The pawn on the 7th rank

A pawn on the 7th line is almost as strong as a queen and there are tens of millions positions where a pawn wins, but the distance to the longest checkmate as compared to the rank 6 increases slightly. 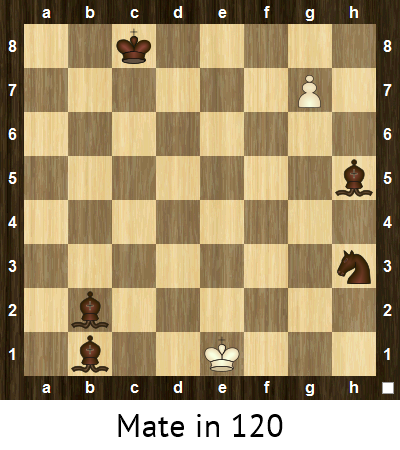 This position is not so easy as it seems! The strongest chess engines confirm that White has notable advantage but without tablebases they advice to make: 1. g8=Q+ Kd7 2. Qd5+ Ke7 3. Qxh5 and the game ends with a draw proven by Lomonosov tablebases.

Position 7. The pawn on the 7th rank against 4 queens

Look at the beautiful variant – a ruthless pawn on the 7th rank promotes to a queen, captures all black queens and mates!

Position 8. The pawn on the 7th rank against 4 queens. Black move

Moreover a pawn on the 7th line can win even if Black to move! 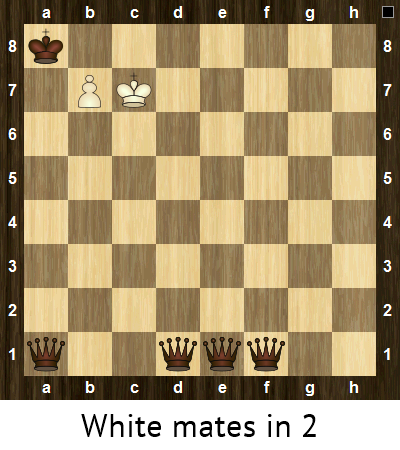 Looks easy, but except this position and a symmetric one (pawn on g7) there is only one more position when a pawn wins against 4 queens and Black to move.

So we considered some checkmates where White has only one pawn and Black has set of 4 pieces: